A floating city in the Maldives begins to take shape 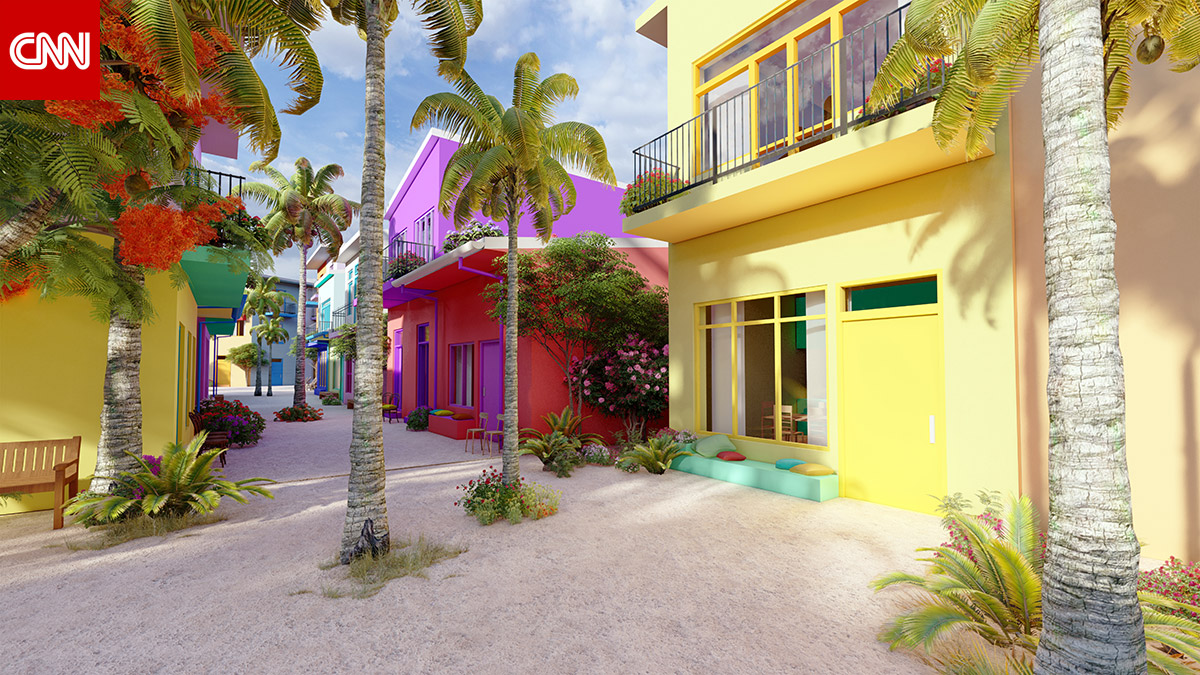 Acity is rising from the waters of the Indian Ocean. In a turquoise lagoon, just 10 minutes by boat from Male, the Maldivian capital, a floating city, big enough to house 20,000 people, is being constructed. Designed in a pattern similar to brain coral, the city will consist of 5,000 floating units including houses, restaurants, shops and schools, with canals running in between. The first units will be unveiled this month, with residents starting to move in early 2024, and the whole city is due to be completed by 2027. The project — a joint venture between property developer Dutch Docklands and the Government of the Maldives — is not meant as a wild experiment or a futuristic vision: it’s being built as a practical solution to the harsh reality of sea-level rise.

An archipelago of 1,190 low-lying islands, the Maldives is one of the world’s most vulnerable nations to climate change. Eighty percent of its land area is less than one meter above sea level, and with levels projected to rise up to a meter by the end of the century, almost the entire country could be submerged.

Want to future-proof your home from rising sea levels? Make it float

But if a city floats, it could rise with the sea. This is “new hope” for the more than half a million people of the Maldives, said Koen Olthuis, founder of Waterstudio, the architecture firm that designed the city. “It can prove that there is affordable housing, large communities, and normal towns on the water that are also safe. They (Maldivians) will go from climate refugees to climate innovators,” he told CNN.

Born and bred in the Netherlands — where about a third of the land sits below sea level — Olthuis has been close to water his whole life. His mother’s side of the family were shipbuilders and his father comes from a line of architects and engineers, so it seemed only natural to combine the two, he said. In 2003, Olthuis founded Waterstudio, an architecture firm dedicated entirely to building on water.

At that time signs of climate change were present, but it wasn’t considered a big enough issue that you could build a company around it, he said. The biggest problem then was space: cities were expanding, but suitable land for new urban development was running out.

However in recent years, climate change has become “a catalyst,” driving floating architecture towards the mainstream, he said. Over the last two decades, Waterstudio has designed more than 300 floating homes, offices, schools and health care centers around the world.

The Netherlands has become a center for the movement, home to floating parks, a floating dairy farm, and a floating office building, which serves as the headquarters for the Global Center on Adaptation (GCA), an organization focused on scaling climate adaptation solutions.

Patrick Verkooijen, CEO of GCA, sees floating architecture as both a practical and economically smart solution for rising sea levels.
The Global Center on Adaptation head office is anchored in the Nieuwe Maas River in Rotterdam. 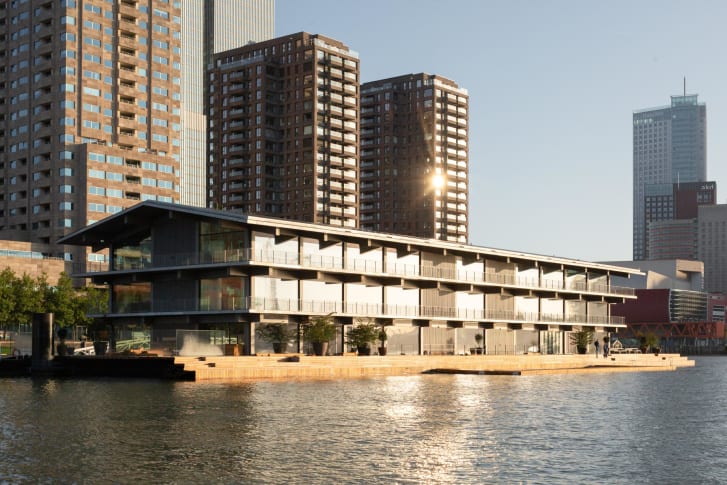 The Global Center on Adaptation head office is anchored in the Nieuwe Maas River in Rotterdam. Credit: Marcel IJzerman

“The cost of not adapting to these flood risks is extraordinary,” he told CNN. “We have a choice to make: we either delay and pay, or we plan and prosper. Floating offices and floating buildings are part of this planning against the climate of the future.”

Last year, flooding cost the global economy more than $82 billion, according to reinsurance agency Swiss Re, and as climate change triggers more extreme weather, costs are expected to rise. One report from the World Resources Institute predicts that by 2030, urban property worth more than $700 billion will be impacted annually by coastal and riverine flooding.

But despite momentum in recent years, floating architecture still has a long way to go in terms of scale and affordability, said Verkooijen. “That’s the next step in this journey: how can we scale up, and at the same time, how can we speed up? There’s an urgency for scale and speed.”

The Maldives project aims to achieve both, constructing a city for 20,000 people in less than five years. Other plans for floating cities have been launched, such as Oceanix City in Busan, South Korea, and a series of floating islands on the Baltic Sea developed by Dutch company Blue21, but none compete with this scale and timeframe.

Waterstudio’s city is designed to attract local people with its rainbow-colored homes, wide balconies and seafront views. Residents will get around on boats, or they can walk, cycle or drive electric scooters or buggies along the sandy streets.

It offers space that is hard to come by in the capital — Male is one of the most densely-populated cities in the world, with more than 200,000 people squeezed into an area of around eight square kilometers. And prices are competitive with those in the Hulhumalé (a manmade island built nearby to ease overcrowding) — starting at $150,000 for a studio or $250,000 for a family home, said Olthuis.

The modular units are constructed in a local shipyard, then towed to the floating city. Once in position, they are attached to a large underwater concrete hull, which is screwed to the seabed on telescopic steel stilts that let it gently fluctuate with the waves. Coral reefs that surround the city help to provide a natural wave breaker, stabilizing it and preventing inhabitants from feeling seasick.

Olthuis said that the potential environmental impact of the structure was rigorously assessed by local coral experts and approved by government authorities before construction began. To support marine life, artificial coral banks made from glass foam are connected to the underside of the city, which he said help stimulate coral to grow naturally.

Residents can get around the city by boat, and it’s only around a 10-minute ride to the capital and international airport.

The aim is for the city to be self-sufficient and have all the same functions as one on land. There will be electricity, powered predominantly by solar generated on site, and sewage will be treated locally and repurposed as manure for plants. As an alternative to air conditioning, the city will use deep water sea cooling, which involves pumping cold water from the deep sea into the lagoon, helping to save energy.

By developing a fully functioning floating city in the Maldives, Olthuis hopes this type of architecture will be propelled to the next level. It will no longer be “freak architecture” found in luxurious locations commissioned by the super-rich, but an answer to climate change and urbanization, that’s both practical and affordable, he said.

“If I, as an architect, want to make a difference, we have to scale up,” he said.