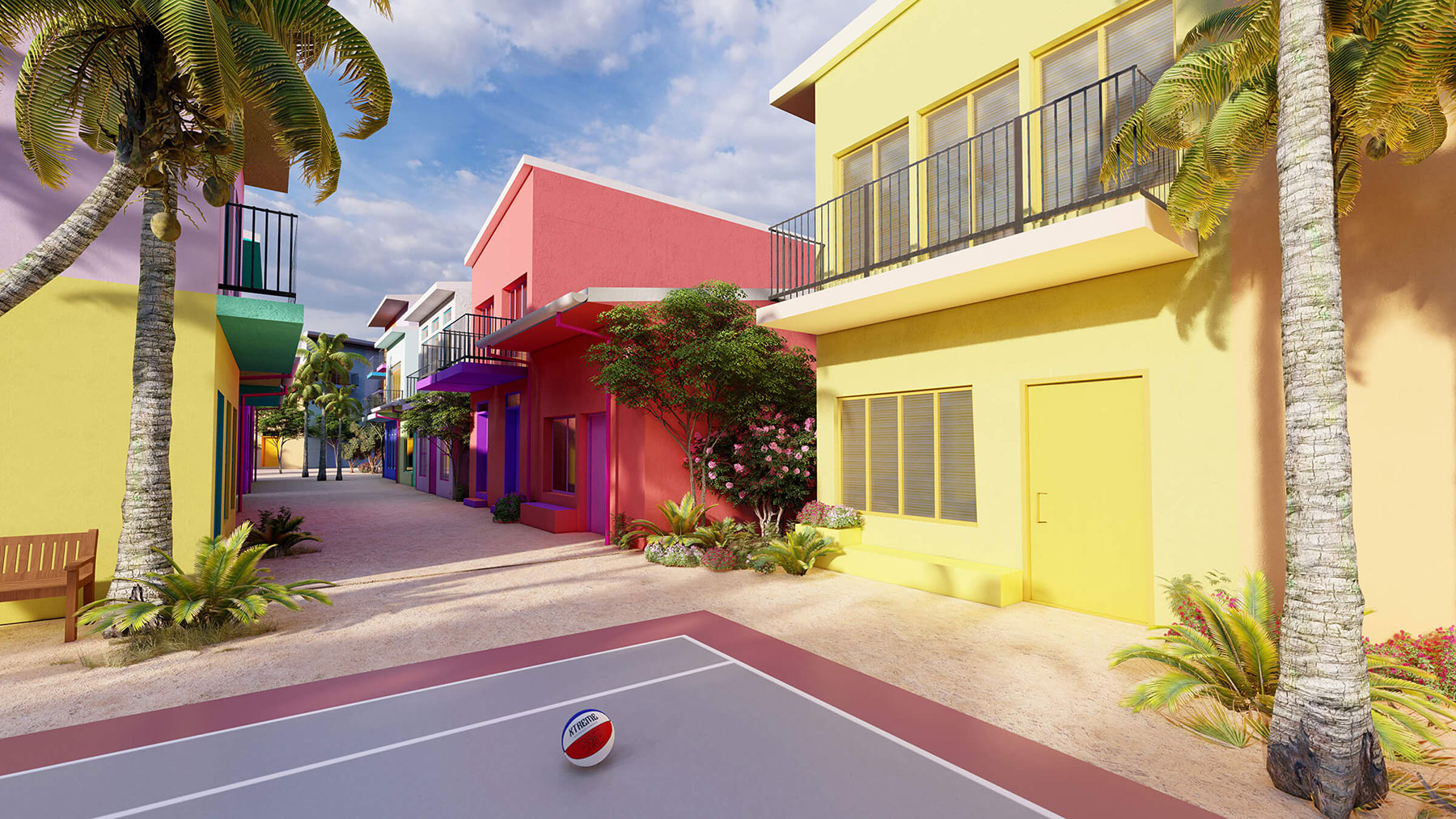 It may be a vacation paradise and destination of dreams for honeymooners around the world, but the beautiful Maldives archipelago is also one of the most at-risk countries on the planet from climate change. Specifically, the rising oceans that threaten to wash over its tropical islands that are the lowest lying on Earth – the highest point in the entire Maldives sits just under eight feet above sea level on Villingili Island in the Addu Atoll.

But it looks like a new project could be the beginnings of a real solution to the concerns of their shrinking landmass – the Maldives Floating City has had the green light for the construction of some 5,000 floating housing units linked together by walkways and tethered to the 200-hectare lagoon floor. This housing project like no other will sit just a 15-minute boat ride from Maldivian capital, Malé, with its international airport.

Being built under an ‘Integrated Tourism Model’, Maldives Floating City will eventually be exactly that – a mix of houses, hotels, shops, restaurants and marina offering ‘a revolutionary approach to modern sustainable living perched against a backdrop of the azure Indian Ocean. It’s the world’s first true floating island city — a futuristic dreamscape finally poised to become reality.’

Buildings will be low rise and sea facing, positioned along ‘tidy, palm-lined streets’ where a network of bridges, canals and docks promises to create cohesiveness and make all amenities easily accessible. Structures in the lagoon will be supported and stabilized by sandy beaches while outside ‘massive coral reefs’ will be grown to house hotels, restaurants and shops. There will be no cars – but rather the crunch of sand under foot, the ding of bicycle bells, and the hum of electric buggies and scooters ensuring minimal noise pollution.

“This Maldives Floating City does not require any land reclamation, therefore has a minimal impact on the coral reefs,” explains Mohamed Nasheed, President of the Maldives from 2008- 2012, Speaker of Parliament and CVF Ambassador of Ambition. “What’s more, giant, new reefs will be grown to act as water breakers. Our adaption (sic) to climate change mustn’t destroy nature but work with it, as the Maldives Floating City proposes. In the Maldives we cannot stop the waves, but we can rise with them.”

Being built as a private-public partnership between Netherlands based Dutch Docklands and the Maldivian government, the project has been more than a decade in the making and will act as a blueprint for sustainable developments in the future, in the Maldives and elsewhere. The city is composed of hexagonal segments part-modeled on the geometry of local coral built using ‘the most eco-friendly construction possible’ and complimented with traditional Maldivian architecture.

While the buildings float on the water’s surface, island barriers around the lagoon will serve as breakers below the waterline – an ingenious configuration that lessens the impact of lagoon waves while stabilizing the structures and complexes on the surface.

Proposed as a home to Maldivians as well as international visitors (who will automatically have the option to get a residence permit with a house purchase), the city will according to Dutch Docklands CEO Paul van de Camp “be an amazing place where locals and foreigners can buy their dream property at affordable prices.”

With the marine engineering and technical details complete, construction is slated to begin after government approvals have been granted in January 2023 with an estimated five year timeline to completion. But if you can’t wait that long to get a taste of what this floating future might look like, the first block will be open for public viewing in August this year.