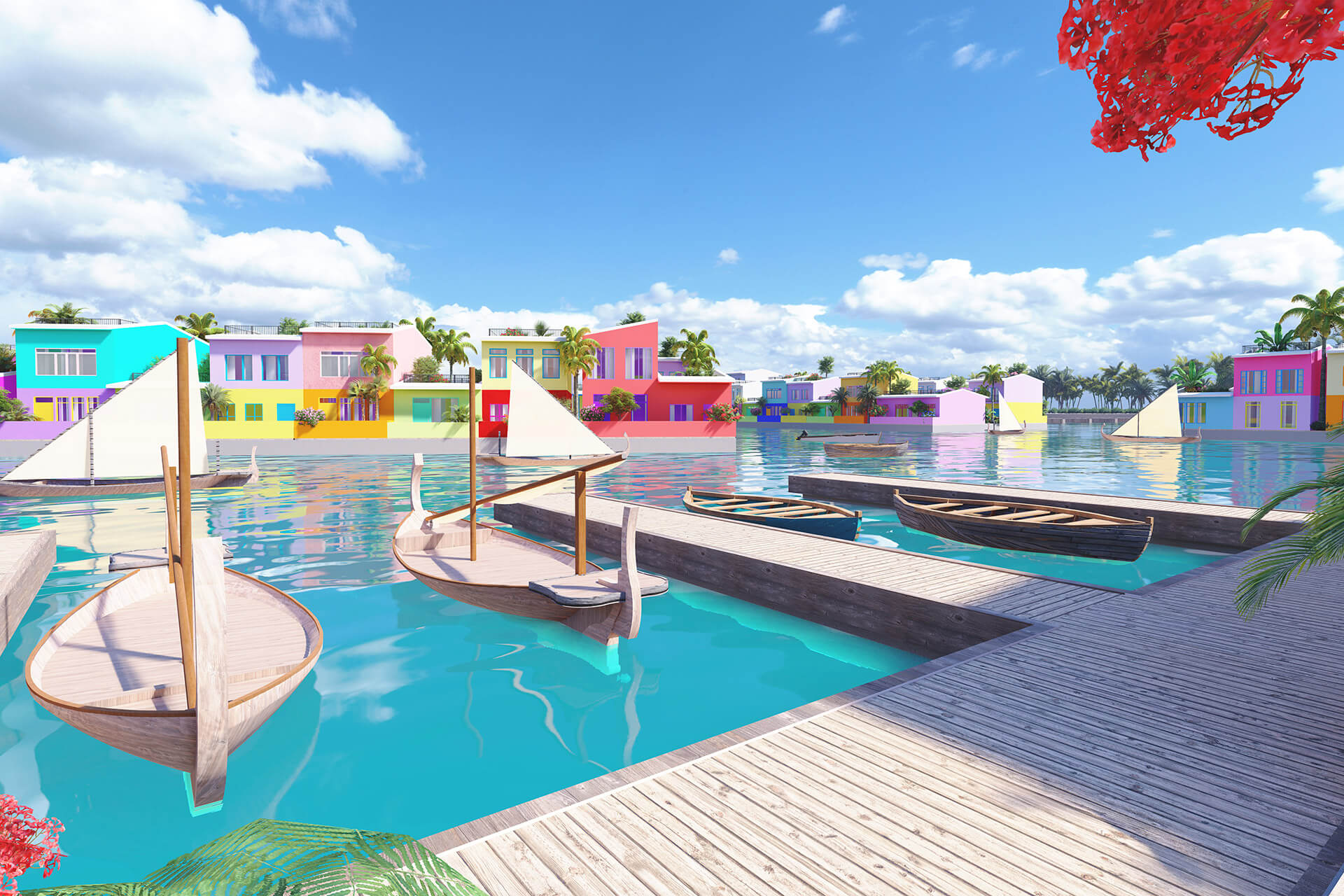 The waterfront homes will float on a 500-acre lagoon connected to a flexible grid.

The movie Waterworld may have been a ’90s flop, but its futuristic floating city could become a reality for some.

With the threat of sea-level rise that could swamp the Maldives, government officials in the island nation debuted plans to build the world’s first fully floating city last month.

This bold project could serve as a model for how some communities could survive a future of climate change and rising global sea levels. And — oddly enough — it looks like Waterworld’s atoll city.

The problem: Coastal cities and low-lying islands are on the edge of their seats because many models predict that rising sea levels are a real threat. According to some estimates, certain low-lying islands could become uninhabitable by 2050, and the Maldives may be among the first to be submerged, reports Interesting Engineering. If so, the residents would become climate refugees, relocating their homes, community, and culture.

The problem doesn’t just touch one location. Pacific Islands are also grappling with the same threat of sea-level rise. If the Maldives can find a solution, it could be a model for island communities everywhere.

The city: There have been many ideas for floating cities in the past, but the Maldives have actually set a date for construction: next year.

The Maldives Floating City, planned by Dutch Docklands, will be constructed in a lagoon in a sequence of hexagonal labyrinth rows, meant to resemble coral. Each house will be about 1,000 square feet and cost $250,000.

The city will also have all the amenities — stores, public spaces, and schools. The network of floating buildings will be connected to a ring of islands that act as a breaker wall — protecting the city from ocean swells.

“This Maldives Floating City does not require any land reclamation, therefore has a minimal impact on the coral reefs,” Mohamed Nasheed, President of the Maldives from 2008- 2012, Speaker of Parliament, and CVF Ambassador of Ambition said in a press release.

“What’s more, giant, new reefs will be grown to act as water breakers. Our adaptation to climate change mustn’t destroy nature but work with it, as the Maldives Floating City proposes. In the Maldives we cannot stop the waves, but we can rise with them.”

Renewable energy will provide power to the floating grid. The community, which the government of Maldives describes as being “inspired by traditional Maldivian sea-faring culture,” will have thousands of connected waterfront residences, starting at $250,000 for a 1,000 square foot home.